Argonauts ('paper nautiluses'): systematics and biology of the family Argonautidae

Argonauts are a family of pelagic octopuses found in all temperate and tropical waters of the world.  They are closely related to three other families of pelagic octopuses and are grouped in the superfamily Argonautoidea. Argonauts are most familiar from the brittle white shells of females, often referred to as 'paper nautiluses' that wash up on beaches throughout the world (Figure 1,).

These shells are secreted by webs on the female's first pair of arms, and function as the brood chamber for the female's eggs. Females can reach up to 30cm in length and are not permanently attached to their shell but hold themselves within their shells using their suckers. The webs on the first pair of arms can be spread to cover the entire outer surface of the shell. Females have been observed to rapidly repair shells. Unconfirmed reports claim that females can rebuild entire shells within hours (Alliston 1983).

Males are dwarfed, rarely exceeding a total length of 2cm. The male invests all his reproductive potential into a single spermatophore that he passes to the female via a specialized arm ('hectocotylus') (Fig. 3). The male argonaut's third left arm develops into the hectocotylus, forming inside a sac. The hectocotylus is severed by the male and is attached around the female's gills within her mantle cavity.

Many aspects of the biology of argonauts remain a mystery. The taxonomy is in great need of revision, as are the distributional records and phylogeny of the group. This project is providing insights into many of the problems associated with this group.

Aim 1. Resolve the taxonomic status of purported Argonauta species worldwide, based on morphological and molecular data.

Previously the shells of female argonauts had formed the basis of the systematics of the group. Dating back to 1758, 65 species names have been coined within the single living genus Argonauta,based on variations in the morphology of these shells.  Seven of these names are in common use today (Sweeney and Roper 1998). While species delineation based solely on shell characters may have proved reliable in other molluscan groups (such as the Gastropoda), the situation with argonauts appears quite different. The argonaut shell is produced by expanded webs on the first pair of arms of females, not secreted by the mantle (as in Gastropoda).  A considerable degree of plasticity has been observed in the shape and dimensions of shells. The shape and dimensions can vary as a result of damage to the female's arms, rebuilt or repaired sections of the shell and potentially completely reformed shells. In the most extreme cases opposing sides of a single shell have been found to display characters assigned to different species. It is extremely problematic to have the systematics of the group based entirely on a structure that appears not to be consistent within species, or even consistent over the lifetime of an individual.  It is similarly problematic to base the systematics of the group on a structure limited to one sex (as males do not produce a shell).

A more rigorous revision of Argonauta taxonomy is underway. Following new approaches to cephalopod taxonomy (Roper and Voss 1983) full morphological examinations and descriptions are being generated. Where possible all morphological characters of females, males and hatchlings are being recorded. Full description of A. nodosus and A. argo are nearing completion.Extraction of high molecular weight DNA from egg strand remnants within shells will hopefully allow us to resolve the identity of shells in cases where the animal has not been collected or retained.

Aim 2. Synthesise and validate worldwide distribution records to investigate the biogeography of the family.

Collection data for all Argonauta specimens examined in this study is being amassed to generate distribution records for all species.  These distributions will be analysed in relation to the latest oceanographic knowledge in order to investigate the parameters constraining or influencing distributions of these pelagic species.

Aim 3. Investigate the phylogeny of the extant argonauts and their relationships with related families of pelagic octopods.

Recent studies of cephalopod and octopus phylogenies (i.e. Carlini et al. 2001) have shown that mitochondrial genes (COI, COIII, 12S & 16S) can discriminate cephalopod taxa and resolve closer phylogenetic relationships.  Mitochondrial gene sequences, COI and 16s, are being obtained from extant argonauts to resolve their phylogenetic relationships and place them in a broader evolutionary context with related pelagic octopods. Tissue samples were recently obtained from fresh specimens of members of the related families Alloposidae and Tremoctopodidae.

In 2004 the Malacological Society of London awarded a Centenary Research Grant to support a research visit to the Natural History Museum in London.  This trip was completed in October 2004. This visit was invaluable to this study as it allowed:

Examination of the dry argonaut shells and wet specimens

The authorship of two argonaut species (Argonauta hians and A. nodosus) has long been a matter of controversy. The first published record of these names appeared in the Catalogue of the Portland Museum (Lightfoot 1786) on the passing of The Duchess Dowager of Portland. Although often referred to as the author of these species the Reverend John Lightfoot (apparent author of the catalogue) attributed these names to earlier unpublished works of Daniel Solander (1733 - 1782) by assigning 'S' to all uses of the names. Daniel Solander's manuscripts remain unpublished and are housed at the Natural History Museum in London. First hand examination of these documents was essential in unravelling the true authors of these species. Examination of the Catalogue of the Portland Museum also revealed the long overlooked type locality of A. hians.

The results of this project are currently being prepared for publication. All publications will acknowledge the generous contribution of The Society. 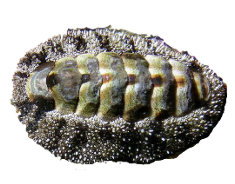 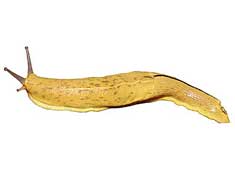 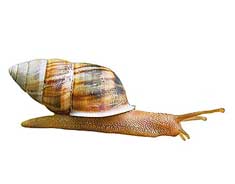